So the last few days ive been working on this concept i was thinking of. its now close to be finished and thought i'd share it with the community.

The idea is to get back the competitive 4v4 halo 3 on MCC, since there is no mlg playlist for H3.

from here i will explain everything,

"is this another shitty tournament like the 1v1 tournament u hosted before flow?"
No! its definitely not, this my friends is a masterpiece of thinking and ive put alot of effort in it to completely work it all out.

now i have another idea, based on the feedback and preferences you guys gonna give me i see which one u guys prefer.

the team which placed 2nd in the 2nd division and the team who placed 5th on 1st division ( depends on how many teams in league but were talking about 6 now.)
will play a play-off to fight for a spot in 1st division. winner stays or promotes to 1st division.

what gametypes will be played and what are the rules?

so far i know all of the MLG gametypes and maps for H3 are remade, except for onslaught, amp and is hill on cstruct unplayable because of the wrong hill locations.
( maybe its fixed already)

which means we still have alot of gametypes left.

Every match will be a best of 4, this is because then the match could result in a draw, which make the league much more fun.
however the match results counts as well, so lets say its already 3-0 after 3 games, the 4th match has to be played.

"but how are 8 people gonna be online at the same time?"
every team is going to have a "captain" a captain arrange its matches and is always in contact with other captains from other teams. wheter its by phone, skype or whatever the F you people use in USA.
so for example the captain of the team will set a date where every team member can be online, then talks to the other captain which has done the same with his team to arrange a match.

to make things even more fun then it already is, im not going to make a schedule with what gametypes the teams have to play that game.
no its your own choise! which means the captain decide which gametype they wanna play first,  what i mean is for example:

Team X - Team Z is playing,    Team X is playing at "home"because there name is first , which means there captain decides what gametype they wanna play.

but hes been watching Team Z tactics from the last few games and noticed that they do not play very well on CTF narrows,. so what does he pick? CTF narrows to get the 1-0 lead. now Team Z is thinking damn we need the next point, so we choose our best gametype. to make the score 1-1.
this will go on till 4 games have been played.

now my only problem is , How we fix the seeding for the first season to make the leagues as fair as possible, i dont wanna end up putting the 3 best teams ( which i dont know ofcourse ) in 2nd division while putting 3 less good teams in 1st division.

do you guys get it?

now the following questions are still in my mind and want them to be answered by all you people:

- What do you guys think of this concept? what would you change/ prefer / add etc..
- Should Price money increase the population and motivation for player to compete, or should being able to play competitively halo 3 be enough?
- Adding a 5th spot on every team for "sub" , who can fall in if one player cant make it to the game on time for some reason. this to provide matches being canceled?
- Will there be enough teams created to actually make this thing happen? think of at least 6 teams = 24 players/ 30 with subs..
- shall we advertise this outside THF to gain more attention and hopefully attract more members to THF, eventually if they wanna compete they need to join THF first?
- how should we fix the problem i mentioned above about the seeding?

if you could please answer me this questions as a reply so i can use it in a feedback it would be great!

now as last, I need help organizing this and what do i need?:

- a "co-leader" helping me out with such things as making schedules , updating scoresheets , etc etc

- an "editor" with a capture card to create nice videos for people to watch, since noone will actually see the games the teams play.
make like highlight videos of the matches.  ( maybe with commentary if editor is able to do that )
if not a need a person for that, and i need an uploader for youtube (thf channel ), if editor is unable to do that as well.

- article writer, someone who can write like articles about the matches been played based on the gameplay they've seen.
damn cant find the good english word for it...
this would be fun to read, for example. TEAM X needs 3 points against Team Z to stay in the race for the title! bla bla bla

fuck i keep on thinking im forgetting something.

o yeah i was thinking, if everything is going well and theres alot of interest in this, to start up like begin september.
this for new teams to get used to each other and practice alot, and for me to work everything out even better, getting people to help me, and awaiting all of your responses to this thread, and MCC to fix the bugs it still has with joining etc... simply just not overrushing things.

for any other questions dont be affraid to ask. 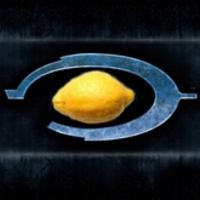 Interesting idea for sure. I mostly just like the idea of H3 returning competitively, although it would rely on all of the MLG settings and maps being identical to the 360 variants.

Also, were you looking for the word journalist?

I might be happy to fulfill any of the roles you mentioned, although I'm traveling in Asia right now and won't be back home until mid-August (and I have a bunch of montage projects going on around that time too, so I might not have the most free time).

Mostly just excited about playing competitive halo again. If I can get a team together I'd definitely consider playing (although it'd have to be in August either way lol.)