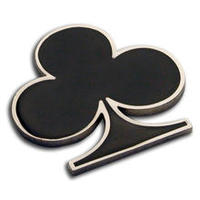 Hey, I have recently got me a gamecube and started trying to collect as many games as I could from my childhood. Before I started playing Xbox I was a huge Nintendo fan and having that said I am now 22 and looking back on my gaming career as a whole. Ive realized my whole life has kind of revolved around gaming... not so much now but when I was a kid until right around 20 I played a significant amount of games. Whether it was 007, Super Smash Bros, Halo, Call of duty, FIFA, NBA 2K NBA Street, etc. I had spent at least about 30 to 40 hours a week playing games. Well that would be considered  pretty much a full time job but for enjoyment.

I havent really found anything else I am so passionate about besides gaming. Yes I enjoy watching sports, playing basketball and I like playing Poker on occasions, but nothing as much as a good video game, and Honestly I remember having more fun back when I was younger when I played N64, Gamecube, then eventually I got my first Xbox for Christmas with Halo and I could not put it down. I then got Xbox Live when it came out and it was the greatest thing ever. I got to play against other people, talk to them through a microphone, and I built some really good relationships with people along the way and to this day I still talk to a lot of them, and I started using this forum and found a lot more really nice people and I spent hours and days building relationships with people that all had one thing in  common we loved Halo.

Well where I am getting at is I am trying to start building me a nice little collection of Gamecube games. Of course I will be getting Super Smash Bros, and The Zelda's, but what other good games should I get and play through, because Im not just buying them to build a collection and not play them... I plan on beating most of them, and at least trying some of the ones that might not be as well known and good. Any suggestions anybody has I will buy and let you know how much I liked or disliked it and how long it has taken me to beat it, or if I just think its terrible I will put it back on my shelf and let it collect dust.

I also plan on building a Xbox collection after I think Ive got a decent Collection of Gamecube games, but I wanted to start  with some Nintendo first. 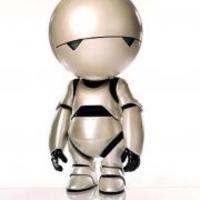 Ive never played the Paper Mario that I can remember. I'll make sure I get that soon,

I actually just ordered SuperSmash Bros last night, I was looking everywhere for it cheaper then like  $50 or $60  but I ended up finding a new buy it now on Ebay and spent $45 all together which aint to bad, hopefully it comes this week Im excited! 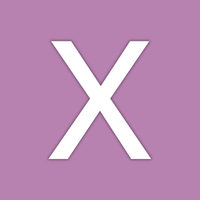 The Metroid Prime games (I think it was a trilogy?) are all excellent.  More focus on puzzles and exploration and the boss battles are pretty epic.  Super Mario Sunshine is pretty fun if you like 3D platformers

I highly recommend Tales of Symphonia if you like RPGs.  It's cell shaded graphics hold up really well even today, and the combat system is a blast

The Metroid Prime games (I think it was a trilogy?) are all excellent.  More focus on puzzles and exploration and the boss battles are pretty epic.  Super Mario Sunshine is pretty fun if you like 3D platformers

I highly recommend Tales of Symphonia if you like RPGs.  It's cell shaded graphics hold up really well even today, and the combat system is a blast

Is tales of Symphonia is that a action RPG or a take turn one? I enjoy some RPGs but not the take turn ones, but I remember playing Supermario Sunshine I think it might of been the first or second game I got on the Gamecube, I remember it being very addictive and pretty hard. Ill definetly pick that up as well.

Also I got Metroid Prime with the Gamecube I havent got around to playing it though but I heard its one of the best games for the consoles , I have been spending most of my time playing SuperMario Strikers lol really addicting game. 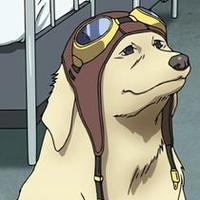 I'd recommend Sonic Adventure 2 Battle, it's the one Sonic title everybody has played and what everybody had on the gamecube back then. It's still pretty fun, though the change of gameplay might be jarring at times. I'd also recommend Mario Kart: Double Dash, Luigi's Mansion, Soul Caliber 2, Mario Power Tennis, and Pikmin.

Not for everybody, but two of my favorite gamecube games were the Pokemon Colosseum games. People bash the games for how they're significantly different from traditional Pokemon games, but they're interesting because of their dark stories.

Oh ok @Wafflebrains I will defintely give it a look and will probably order it along with whatever other games I order this Friday.

And Zhestal I will for sure check out that Sonic I used to play a little bit of those but not as much as like Mario games and stuff. I still need to gind a cheap Mario DoubleDash, Ive been scoping out Ebay the past week for it but havent really found a deal, I might just have to pay full price for it but It will be worth it forsure.

Thank you guys for all the comments

Post count:
2,207
I havent played my GameCube in awhile I forsure need to hook it up this weekend and play some of these games you all suggested
Post Reply