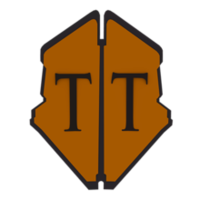 At long last, we have conquered that pilot seat! The Falcons on Exodus that fly in at the top of Traxus Tower were designed for an evacuation route, where the player rides in the side seat of the Falcon to fight their way to the next area. Over the years, many have attempted to pilot these Falcons using a multiplicity of operations and ideas, but all to no avail. One could even kick the pilot out of the Falcon, though would still not have the option to fly it. It took actually overloading the map entirely then spawning the Falcons without a pilot altogether to essentially spawn a fully operational Falcon. The missing piece of the puzzle has now been found. We hope you enjoy this little adventure. This trick is a huge one off our list.

Reach's campaign is beautiful and you guys are just about the only guys making content in it, which is pretty cool.

Thank you Lemon! Love that you've been around for a long long time.

Got some pretty huge stuff on the horizon, stay tuned..

Thanks for the support :)