Only if you have this as well Venusaur needs to go on a diet.

Sick haul dude. If I could get packs for ~$4 I'd be broke. Goddamnit now I have to go shopping on ebay

Location:
Norway
Post count:
10,768
Social Profile:
I was super lucky dude. This guy just happened to have three batches of 10 old packs the first day I checked into the site, and he was almost giving them away. I lost the auction for 10 japanese Neo Genesis packs, but I luckily won the other two. A week later, I found a batch of Base Set, and another of ex Rocket Returns, 10 packs each again. They were going for 15k yen each, 3x the price I paid for mine. It wasn't until then that I realized I should have gone harder for the Neo Genesis as well, but I was still thrilled with what I had.

I did a quick search for japanese gym challenge booster packs on ebay and only got listings from a new seller with 6 feedback. fuck that

I also looked and I indeed have a sabrinas alakazam. No gengar tho :( 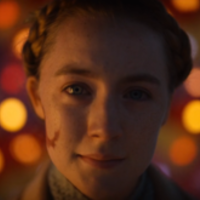